You have the opportunity to train with Dojunim (translated = Founder ) Grand Master Allison (pictured on front cover of Tae Kwon Do Magazine on the right) who founded CHI COMBAT SYSTEM© – and his other highly experienced Chief Instructors in a friendly martial arts style that offers (unlike other martial arts systems) safe sparring principles that is suitable for adults and children – beginners or experienced practitioners. Having started his Martial Arts training at an early age when he was 9 years old, the Founder practised in the early days in numerous styles and has been linked to top name Instructors from all over the world ( see some of them on this website in our Master’s Gallery) . He was involved in a variety of disciplines such as Judo (his older brother was a County-Champion), traditional Karate, Modern Arnis & Komaru Ryu Ju Jitsu to name a few. Now Dojunim – Grand Master Allison is a sought-after top name Instructor himself and the Founder of a Self Defence system that puts YOU, the student, first.

Having appeared on Channel 5 Televison

Grand Master Allison explained how to combat Osteoporosis through properly applied martial arts training ( Channel 5 TV contacted the Osteoporosis Society to verify the claims before televising the video clip). He also featured in interviews and articles in Combat Magazine, Tae Kwon Do & Korean Martial Arts, Black Belt Magazine and Martial Arts Illustrated (MAI) (see: ‘ Articles ‘). Because of his impressive background and teaching abilities he was named “Master of the Year” by the Self Defense Germany Organisation (“Kampfsport Ehrungen”) in 2008 and ‘Instructor of the Year’ by Black Belt International in 2006. In 2007 he received a ‘Lifetime Dedication’ Honours Award (‘Over 30 Years Dedication to Martial Arts’) by Black Belt International and an inclusion into the “Combat Hall of Fame” in 2003. 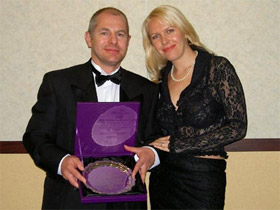 Our Founder evaluated other martial arts systems when he decided in 2009 that it was time to highlight the good in the martial arts and eradicate the superfluous for the benefit of Students and Instructors alike. All CHI COMBAT SYSTEM © Instructors are CRB checked and have had personal training one-to-one with Dojunim Grand-Master Allison and been carefully selected and approved prior to opening their Martial Arts schools to ensure maximum benefit to our members!

( see: About our Martial Art) – it will also improve your health, concentration and learning abilities (see: Information for Parents and Students Testimonials ) at the same time , being suitable for all ages and all levels of fitness. We believe our unique approach and fairness that supported many Students and Instructors will be of benefit to any practitioner (experienced or non-experienced).

Enjoy your training: Our Founder and his other qualified Instructors in your area will give you a friendly welcome!
Contact us for your nearest school to enquire about PRIVATE TRAINING, TRIAL MEMBERSHIPS and Special Offers on: TELEPHONE 020 8646 5551 or use individual school numbers as shown on this website.

View our school locations for information on where we are located.

If you want superior Martial Arts knowledge you want to train with the best there is.